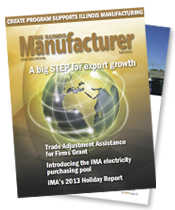 Mercury is a very toxic element that can cause severe neurological health problems. Mercury can enter the human body through inhalation, ingestion and/or skin absorption. Over the years there has been a growing concern over the use of mercury and many environmentalists believe that the use of mercury in every day products may have led to cardiovascular disease, autism, seizures, mental retardation, hyperactivity, dyslexia and many other nervous system conditions in the United States. Many states have enacted legislation that has reduced or eliminated the amount of mercury that a product can contain.

Recently, in an Act concerning public safety, the Governor of Illinois signed new legislation (SB 1213), which was approved by the Illinois House of Representatives and the State Senate, banning the sale and distribution of “mercury seals” for water well pumping equipment. Due to the environmental and public health concerns, the Illinois Environmental Protection Agency, Division of Pollution Protection, decided to add submersible motors to the mercury ban list after several mercury spills were reported throughout the country.

The mercury ban referenced in the new law prevents the installation of a mercury seal commonly found in the Flowserve Corporation’s Bryon Jackson Type "H" Submersible motor, installed in many water wells throughout the State of Illinois. The Byron Jackson motors were unique in that they were the only submersible motor manufacturer to offer a mercury seal option in a submersible motor. This design utilized mercury's unique characteristics to create a seal around the rotating shaft to inhibit the intrusion of the well water into the oil filled electric motor housing to prevent a catastrophic motor failure. The Type H motors are known to have upwards of 8.25 to 17.25 lbs. mercury located within the seal. Seals on a standard water filled motor are not as critical, as well water can enter a water filled motor without risk of immediate motor failure as is the case on an oil filled motor.

The mercury ban went into effect July 1, 2012. With the approval of the new legislation, owners of water systems are required to install alternative seals such as the industry standard mechanical seal found in all other submersible motors. According to the IEPA, owners will no longer be allowed to purchase, repair or reinstall the type "H" motor with a mercury seal. According to the law, if a submersible motor is pulled for servicing, the seal cannot be altered or repaired. If repairs to the motor are necessary the IEPA will require that the mercury seal be replaced. In response to the new legislation, the Flowserve Corporation decided to discontinue production and repairs to the Type "H" motor with mercury seals beginning in July, 2012 and will require conversion to a double mechanical seal to be mandatory.

Owners will not be required by the IEPA to pull existing pumping equipment with mercury seals preemptively in order to become compliant. Owners of water systems will be required to become compliant with the law only when installing new systems or when required repairs become necessary. There are several options available to become compliant with the new law once a system requires submersible motor repairs. When the pumping equipment is removed from the well for service, the Byron Jackson Type "H" motor can be retrofitted with a double mechanical seal. Another option is to adapt the pump to a water filled submersible motor with a standard mechanical seal, which is often viewed as more environmentally friendly. Water filled motors have been around for decades and due to their reliability and availability, they are the most commonly utilized submersible motors in the world and account for over 90 percent of all motors installed.

There are some important considerations when determining the best approach for either converting the Byron Jackson to a double mechanical seal or replacing the motor altogether. When evaluating the cost between repairs and conversion of a used 100Hp Byron Jackson Type "H" motor to a new replacement 100Hp water filled motor, the prices are very comparative. The decision between repairing the old motor or simply replacing it with new becomes very compelling once you factor in the timeframe to repair the existing Byron Jackson motor which can be upwards of 7-16 weeks. Typically, water filled motors are readily available for immediate installation.

Our goal is to assure all water operators are fully informed regarding the impact of this new law and to provide assistance to develop cost effective solutions to achieve compliance. How do you know if you’ll be affected by this legislation? Questions regarding the new legislation can be directed to Becky Jayne with the IEPA. You may also contact us directly to speak with someone who can address your concerns. A simple site visit by a qualified service technician may aid in determining if you’ll be affected by the law.